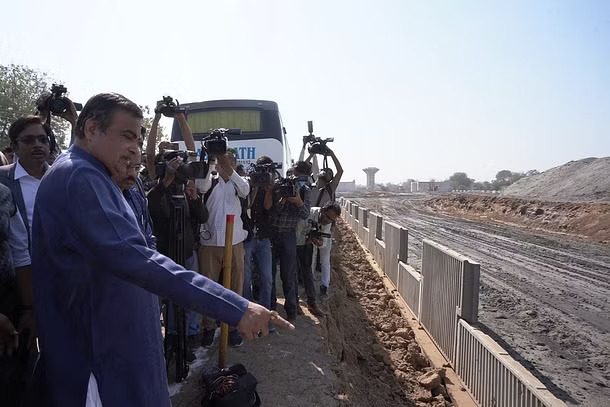 Union Minister for Road Transport and Highways Nitin Gadkari today (19 January) inspected the progress of package 1 of the under-construction Ahmedabad-Dholera Expressway in Gujarat. some important part is as follows: This 109 km long greenfield corridor is being developed at a total cost of t will act as Rs 4,200 crore. I an important route to connect Ahmedabad with Dholera’s several special investment zones.

Ahmedabad - Dholera Expressway would enable high-speed travel between Ahmedabad and Dholera and reduce the travel time to about one hour from the present two and half hours at present. It will also provide direct connectivity to the airport at Dholera.

This expressway is planned with a width of 120 metres of which 90 metres is for the expressway and the remaining 30 metres is left for a railway corridor to be built in future.

Interacting with the media after inspecting the construction site, Union Minister  Shri Nitin Gadkari said that they are aiming to complete the expressway project by January 2024.