The Delhi–Mumbai Industrial Corridor Project (DMIC) is a planned industrial development project between India's capital, Delhi and its financial hub and major port city, Mumbai. The DMIC project was launched in pursuance of an MOU signed between the Government of India and the Government of Japan in December 2006. It is one of the world's largest infrastructure projects with an estimated investment of US$90 billion and is planned as a high-tech industrial zone spread across Six Indian States, as well as Delhi. 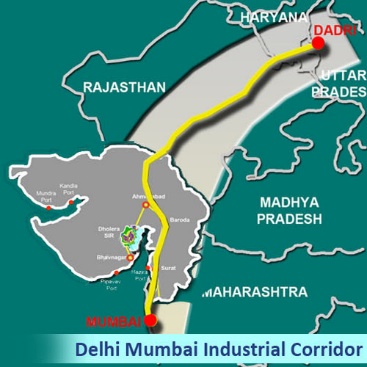 Dholera SIR is the first such node, taken up for developement by the Government of Gujarat.

DMIC: a high impact industrial area within 150 km distance on both side of the DFC 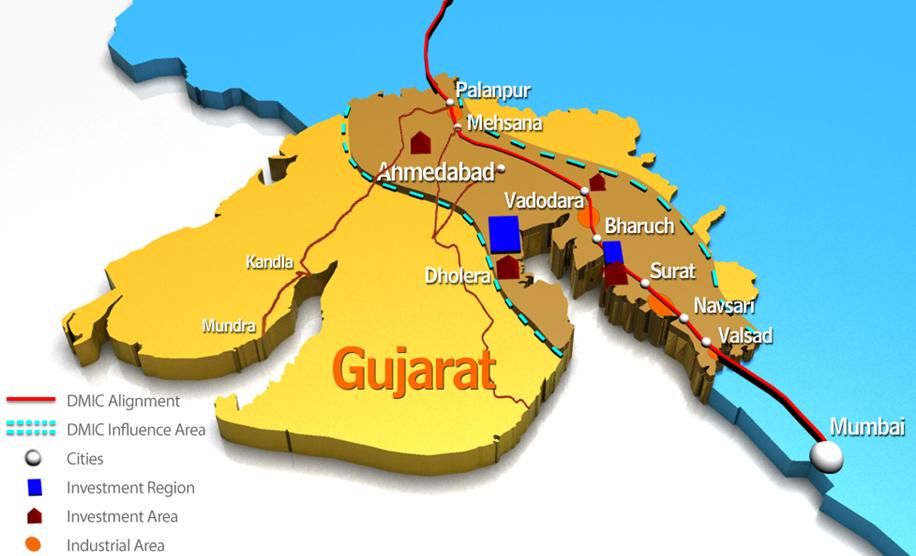 The Government of India is setting up a multi-modal Dedicated Freight Corridor (DFC) between Delhi and Mumbai. Out of the total 1483 kms of the length of DFC, 38% is falling in Gujarat. The area of 150 kms on the both sides of the DFC will be developed as DMIC. It will be a high impact industrial corridor.