Dholera SIR is likely be the first smart city of the 100 smart cities planned by the NDA government. It is estimated to be completed by the year 2025 with its first phase to be launched by 2019 and shall be six times the size of Shanghai. 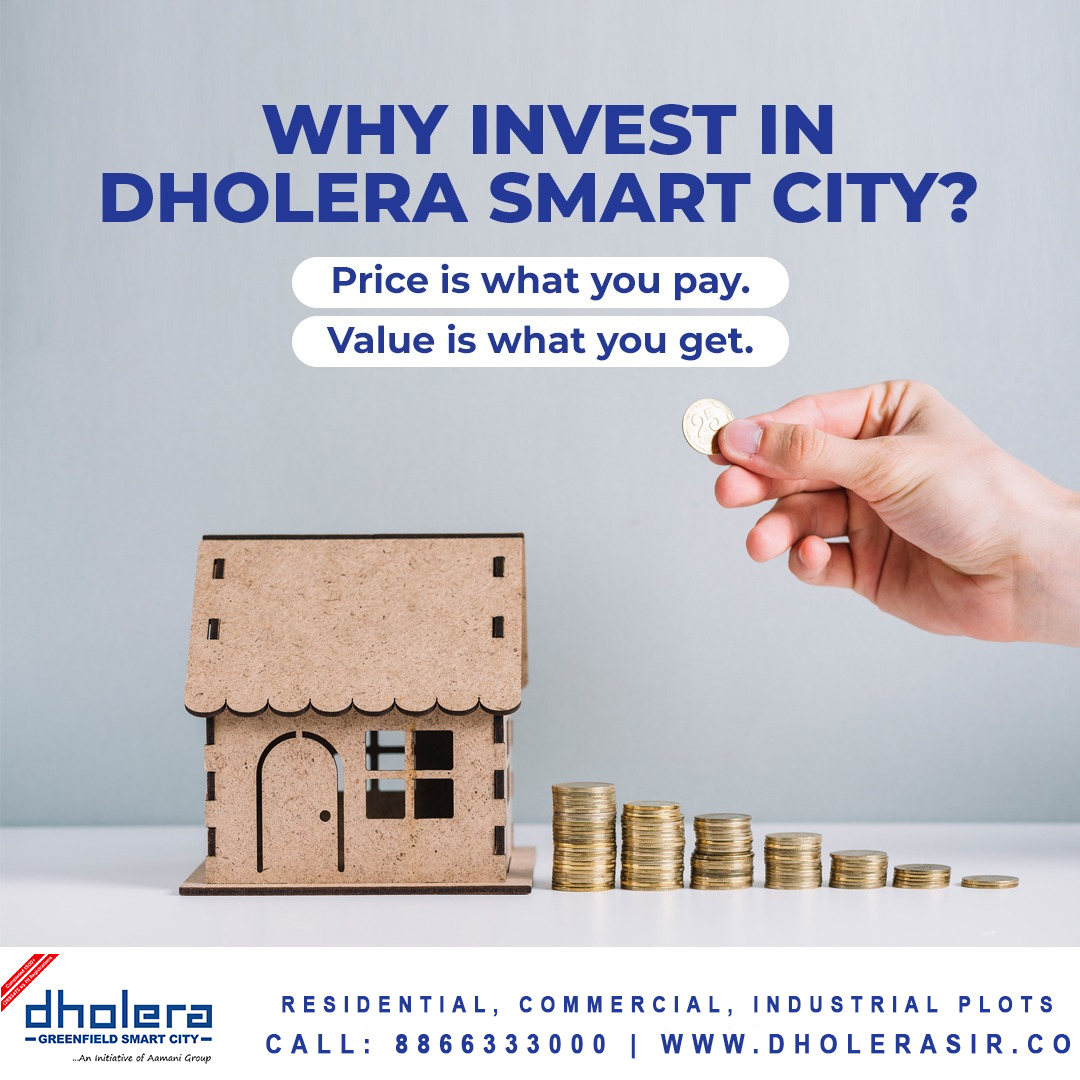 Dholera SIR is likely be the first smart city of the 100 smart cities planned by the NDA government. It is estimated to be completed by the year 2025 with its first phase to be launched by 2019 and shall be six times the size of Shanghai.

As per Talleen Kumar, MD & CEO of Delhi-Mumbai Industrial Corridor Development Corporation (DMICDC), Dholera is running ahead as compared to the other four smart cities identified by the government. The four cities are Shendra-Bidkin in Maharashtra, Vikram Udyogpuri Township in Ujjain, Integrated Industrial Township in Greater Noida and Global City in Gurgaon. 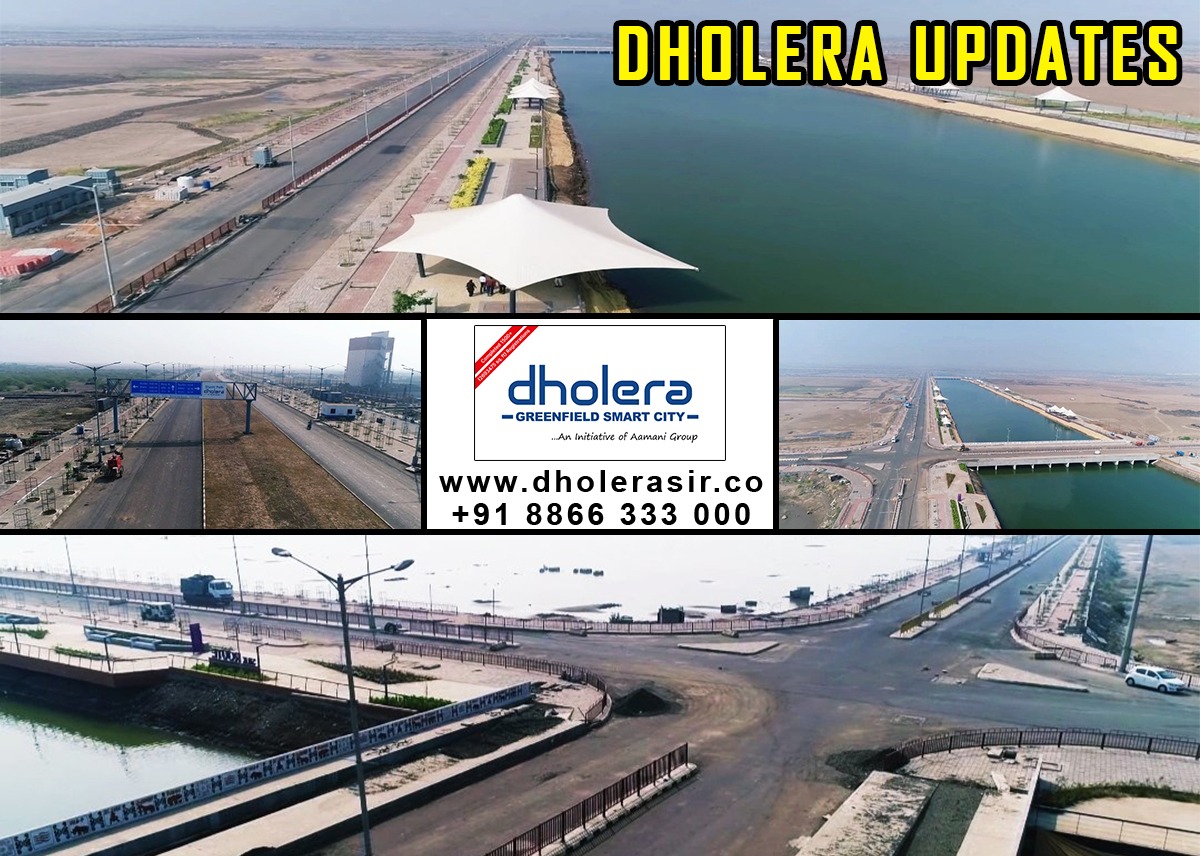 Dholera Smart City is spread over 920 square kilometers is an ancient port city in Gulf of Khambhat and has multiple advantages which are locational and infrastructural in nature. It is connected with important cities of Ahmedabad, Bhavnagar and Mumbai through the National Highway 8 and is also a part of the famous Golden Quadrilateral, a 500 km Mumbai-Ahmedabad-Vadodara Express way.

The ICT Consultant hiring tender RSQ cum RSP has already been floated for Dholera and it shall be very soon that the smart city shall witness its digital master plan being broken down into smaller components so that plan of action for executing each component can be laid down. The government of India has sanctioned an initial amount of Rs. 48,000 crore towards development of 100 smart cities and a subsequent amount of Rs. 100 crore towards each smart city every year. In an interview with CNBC TV 18, Mr. Talleen Kumar expressed his view regarding the funds and its sufficiency for the project.

As per him the exact sum involved in building up the smart city is yet to be calculated and shall be done once an Integrated Communication Technology (ICT) consultant is engaged and hired. In conversation with the journalist, he stated that “the amount that you are saying is also a sizeable and significant amount because from whatever I know it says that this is the contribution of Government of India which can be leveraged to get contribution from states, from local government and also from private sector depending on how the project is structured.”

The Greenfield cities shall be converted to smart cities with the help of five infra and five social verticals that have been identified and finalized. The social verticals include education, health, inclusive development, participative governance and community assets while the infra verticals consists of energy and energy management, water and water management, transportation and traffic management, public safety and solid waste management. The deployment and usage of real time data shall play a pivotal role in the quality of life of residents as well as building the much required efficiency within the system. It shall also ease decision making capabilities and cause socio-economic up liftment at all levels of the society.

Dholera SIR, the city which has a head start in planning and development is aimed to become the manufacturing hub with a state-of-art infrastructure. The quantitative deliverables over the next five years are to double the employment potential, triple the industrial output and quadruple the exports from the region. The ratio we are speaking about here in significant and are capable of changing the current scenario by leaps and bounds. The infrastructure planned is robust connecting the city to all major cities through rail, road, air and port. A central expressway and metro rail is planned to link the region with all mega cities and the nearness to the sea port is an added advantage. Its vicinity to Gujarat International Finance Tec-City (GIFT) and Petro-chemicals and Petroleum Inv. Region (PCPIR) helps it score bonus points on the chart as well as short distances from important cities of Ahmedabad, Bhavnagar and Vadodara makes the region easily approachable.

The SIR region with its various positives is attracting reputed companies and investors with deep pockets from all over the world. The real estate and infrastructure development arm of the Mahindra Group, Mahindra Lifespace Developers Limited (MLDL) is planning to develop business city in the region. This shall be developed in the format of Mahindra World City format and shall cover an enormous area of 3000 acres. Similarly 3000 acres of land has been acquired by Singapore Based Capital and Investment Trust along through its Indian arm Isobar Global Holdings to develop a high end logistic hub. Nano Works Developer Gujarat Pvt Ltd, a Sabeer Bhatia owned company has also signed a Memorandum of Understanding with the Gujarat government to acquire 1500 acres of land.

The responsibility to develop Dholera SIR as a smart city now vests with Cisco and IBM while British infrastructure development Halcrow has been appointed as master planners for the project. A central digital control mechanism is being planned along with underground sensor system that shall control the entire infrastructure of the city including water, power and gas traffic.

Dholera shall be the first city to bring about a paradigm shift in the way us Indians shall live and communicate and if most of it is executed as planned; it definitely shall be worth waiting for!