What Is the Latest News About Dholera Smart City in 2022?

Dholera Industrial City Development Limited (DICDL) in association with the Government of Gujarat participated in the 13th edition of Aero India 2022 at Bengaluru, Karnataka. DICDL showcased all its initiatives which significantly benefit potential businesses and also illustrated a host of investment opportunities in the vibrant economic corridor. 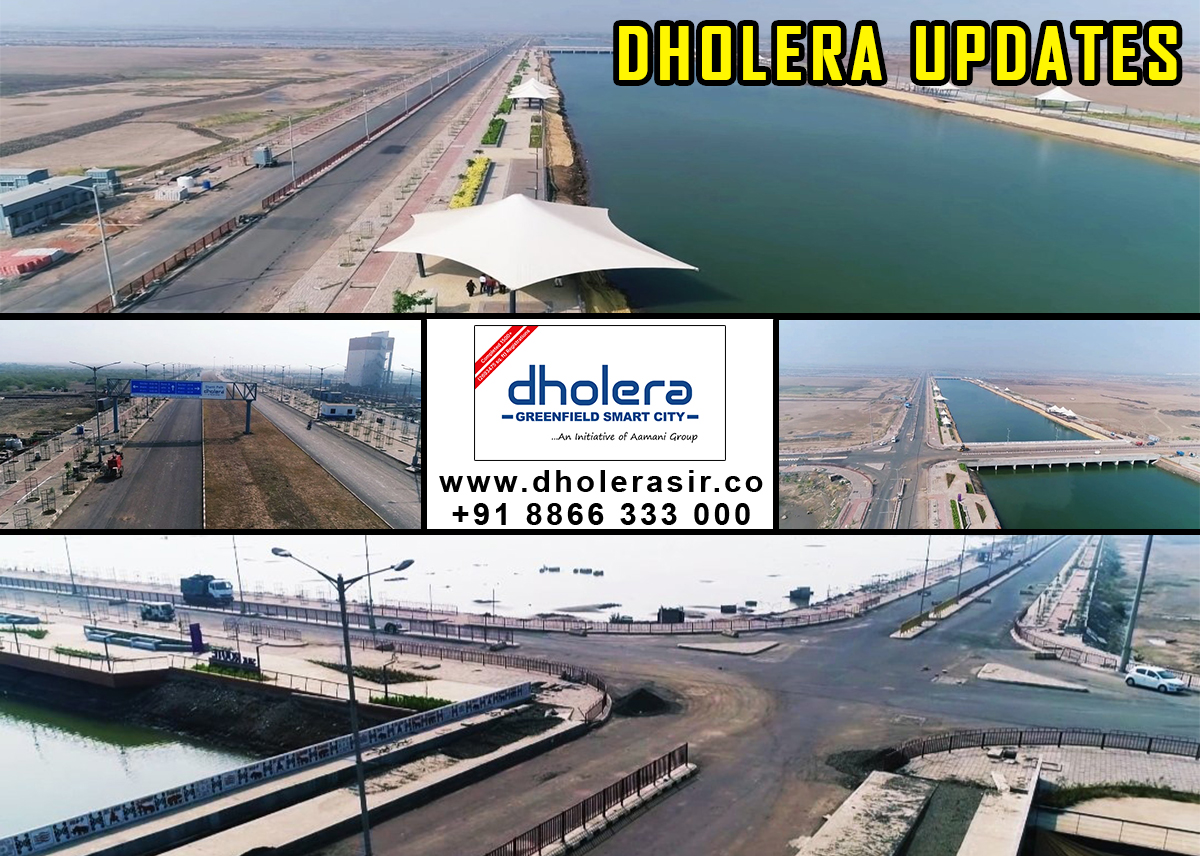 Gujarat: Tata Power commissions 300 MW solar plant in Dholera. The 300 MW Solar Plant project at Dholera was commissioned on Monday by Tata Power Renewables, a subsidiary of Tata Power. The company said that 774 million units will be produced every year by this project and there will be a reduction in carbon emissions by 7.04 lakh metric tonnes every year. The plant commissioned by Tata is the largest single axis solar tracker system in the country.

Dholera SIR is located approximately 100km south of Ahmedabad, Gujarat, is India’s Largest Greenfield Smart city being built under the Delhi Mumbai Industrial Corridor, to create a linear zone of industrial clusters. Planned for 920 square km over 30 years, it is the largest land parcel across South Asia.

A competent manufacturing destination for industries, especially the International and Indian Aviation Tier-1 and Tier-2 companies, Dholera has the right ecosystem for Aerospace clusters. With a vision of the ‘Plug & Play’ approach, the comprehensive land parcels at Dholera are fully ICT enabled, and comprehensive infrastructure is offered right at the plot level.

To trigger the development of Dholera, an Activation Area is identified which acts as a catalyst for further investments attracting local and global investors. The Activation Area is spread across an area of approximately 22.5sqkm and has approximately 72kms of roads with an optimum mix of land use comprising industrial, residential, mixed-use, recreation, and tourism. It also emphasized its proximity to the upcoming Dholera International Airport consisting of an international passenger and cargo terminal with two runways for smooth operation. Further expansion of possible industries and providing a strategic location for ancillary industries Dholera also offers development of R&D facilities.

The Dholera SIR is a major Greenfield Industrial Hub planned and located approximately 100km south of Ahmedabad. The project as envisaged will be the first initiative from National Industrial Corridor Development Corporation (NICDC) to create a linear zone of industrial clusters and nodes to be developed in the influence area of the Western Dedicated Freight Corridor (DFC).

An SPV named Dholera Industrial City Development Limited (DICDL) has been created between the Central Government (DMICDC Trust) and the State Government (DSIRDA) of Gujarat to implement the project. Delhi Mumbai Industrial Corridor Development Corporation Limited (DMICDC), a special purpose company, was incorporated to establish, promote and facilitate the development of the DMIC Project.

Dholera Industrial City will have its own self-sustaining eco-system consisting of economic drivers through industrialization, utility & logistic infrastructure, and Social Infrastructure including education, healthcare, and other public amenities.